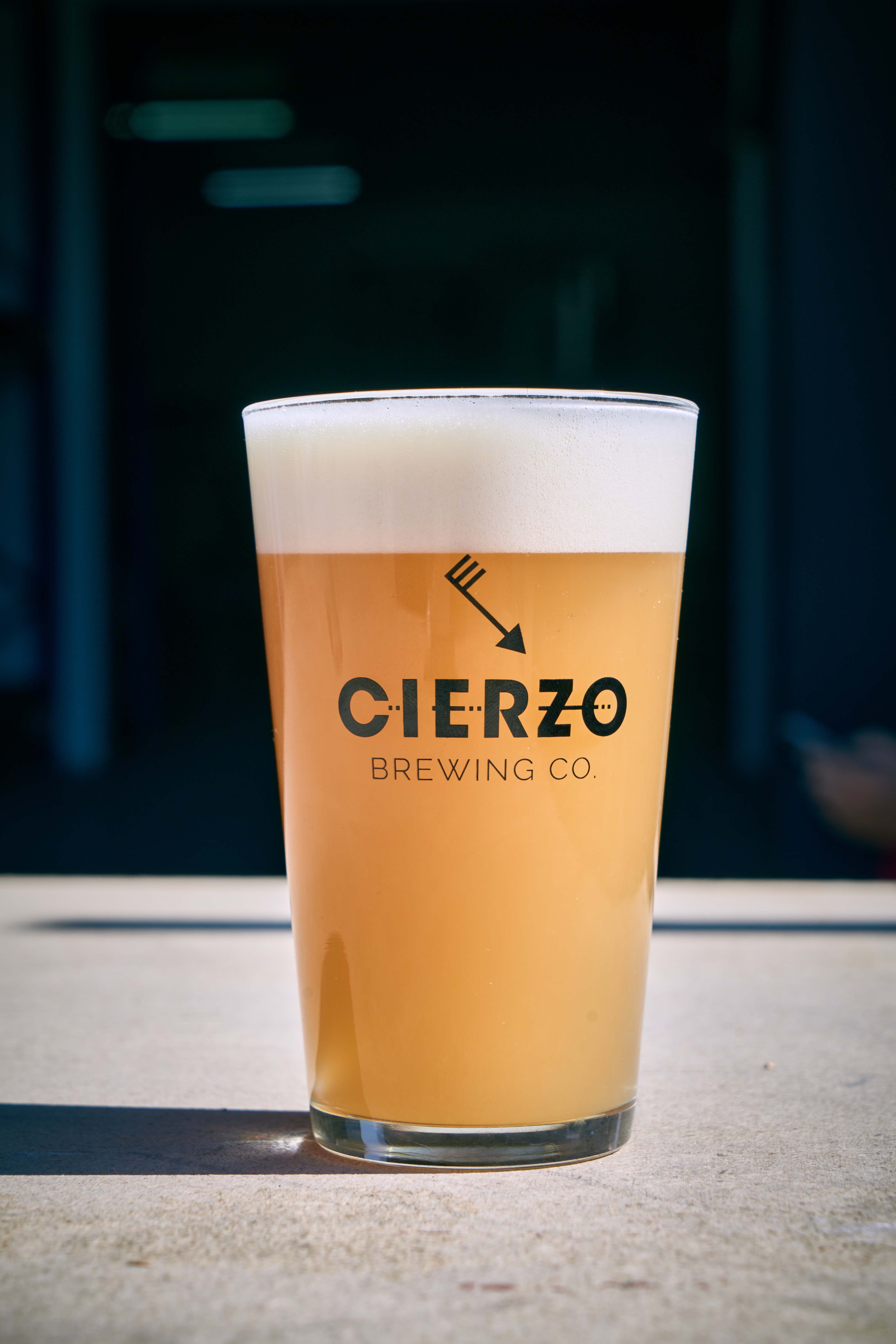 Cierzo Brewing Co. is the craft beer of Zaragoza, one of the largest cities in the north of Spain. Real beer, without substitutes, noble and with soul. Our way of understanding this millenary drink, which is only perfect when it is made with passion, respecting each recipe, its times and its ingredients.

The wind is the typical wind of our city. A powerful wind that runs through the Ebro valley. Intense, cold and dry, but also purifying. We want our beers to reflect that character that makes us unique, that does not leave anyone indifferent and that transmits the energy with which they are conceived.

The history of Cierzo Brewing Co. begins in August 2018, when we began to market our first beers. However, our origins in the world of craft beer go back 15 years ago, when Sergio Ruíz, brewmaster of Cierzo Brewing Co., makes his first recipes homemade. With the acquired experience and his knowledge of Chemistry (Doctor by the University of Zaragoza) he founded Populus in 2011, a project to which his friend and also homebrewer David Laguarda would later join. After a few years as nomads, in 2015 they set up their own factory in Caspe (Zaragoza), becoming one of the most important craft breweries in Aragon.

After a few years of success, progression and improvements in their processes, in 2018 they decided to join two other Aragonese companies, Hoppy and Gourpass, with the aim of creating a great brand of craft beer. These two companies specialize in selling and the import-export of craft beer, respectively, which is an important asset for the new project. In July 2018 we launched a crowdfunding to attract new minority investors that would give the necessary impetus to make Cierzo Brewing Co. a reality, reaching the goal in record time. 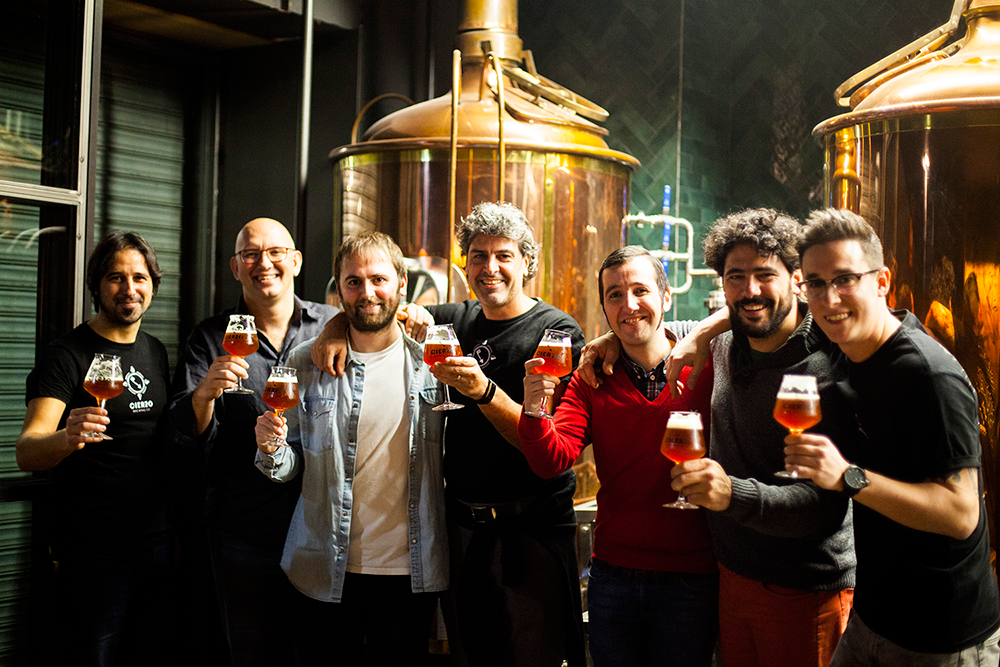 The brewery is made up of 2 facilities: a Brewpub in the center of Zaragoza, where we brew and sell beer, as well as offering restaurant services; and a main brewery in the town of Caspe, which mainly supplies our customers throughout Spain and other European countries. To carry out all these tasks, in addition to Sergio and David, the partners are incorporated into the operation of the company: Carlos Suárez, in marketing; Santiago Marco, as sales manager; and Antonio Ansón, in finance. In addition, we have the participation of Eva Felipe, as graphic designer and author of the entire image of our brand; Fernando Calleja, as a commercial; Lorena Justes, as brewpub manager; and Luis Bernad, as head chef.

In 2020 we were awarded as the best new brewery, both in the RateBeer Best and in the Barcelona Beer Challenge. In 2021, our Maglia Rosa beer won the award for the best beer of the year at the National Beer Championship. In addition, our brewpub has been considered one of the 50 best bars in Spain by Esquire magazine.

Our image is based on the cierzo, which is what is known as the most popular type of wind in Zaragoza. A strong wind, dry and cold, which runs parallel to the Ebro River and is part of our identity. The main element is the arrow used in weather maps to indicate the direction and strength of the wind. This arrow gives life to a logo that changes with each beer, depending on its characteristics. In this way, the strength of the wind corresponds to the alcohol content of each beer, and the direction to its bitter or sweet character. This can be seen in the different labels of our cans. Finally, the arrow that appears in the main logo of the brand is the one of the north wind: strong wind of the northwest component.

Populus, with Sergio Ruiz at the head as brewmaster and 15 years of experience brewing craft beer. They began their journey as nomads, until in 2015 they built their own factory, in the Zaragoza municipality of Caspe (Zaragoza), becoming one of the most sold Aragonese brands in the country, with an important year-on-year growth.

Hoppy, with its 15 beer taps and more than a hundred different bottles, is one of the largest tap rooms in Aragon and one of the best in Spain according to the specialized website RateBeer. In addition to beer, which they also sell to all the country through their online store, they have a varied gastronomic offer, merging both worlds once a month during their paired tastings.

Gourpass is one of the most important importer-distributors in Spain, with exclusive agreements with some of the best beer brands in the world, such as the Danish Mikkeller, the Canadian Flying Monkeys, Dieu du Ciel or Collective Arts, or some national ones like The Flying Inn. Thus, they reach more than 150 points of sale in our country and more than 200 in the rest of the world.

Lupulus is another of the most important distributors in the country, mainly for taking more than a decade in the sector and its agreements with prestigious brands such as the Belgian Cantillon, Tilquin and St-Feuillien, the German Ayinger, the Italian Birra del Borgo or, already in national code, Dougall’s, Garage, Caleya or Basqueland, among many others.