Last Friday, February 14, the winners of the 2019 Best RateBeer were known in the categories of best beer, best beer and best novel beer. Precisely in the latter, the chosen one was Cierzo Brewing Co., the Zaragoza beer company founded at the end of 2018.

These annual awards have been held every year for almost two decades and the winners are chosen based on the ratings of the users of this social network with a wide international presence. Specifically, a total of 4.2 million valuations, of more than 640,000 beers, produced by around 33,000 breweries worldwide. Figures that make these awards one of the most coveted in the beer world, for their neutrality, since the votes are free and come from the consumers themselves, and for their universality, by participating all the breweries in the world, large and Small, both handmade and industrial.

Cierzo Brewing Co., with little more than a year of life, has had the honor of receiving this award, thanks to the good ratings of beers such as Citra or Calanda, which since its inception have been very well received by the beer public, both locally as European. The craft brewery has a main factory in Caspe, as well as a smaller one in the center of Zaragoza (Josefa Amar y Borbón, 8), accompanied by a restaurant, where customers can accompany their beers with a wide and sophisticated offer gastronomic.

In the words of Sergio Ruiz, brewmaster of Cierzo Brewing Co: “This recognition is a great honor for us and encourages us to continue improving. We want to thank the beer public, who has welcomed us so well from the beginning and, of course, to all the people who trusted us during the implementation of this project”.

“2019 was our most competitive year to date, with continued growth in the number of brewers, beers and user-added ratings. We could not feel more proud to recognize these brewers for this honor won with so much effort”, said Joe Tucker, founder of RateBeer. 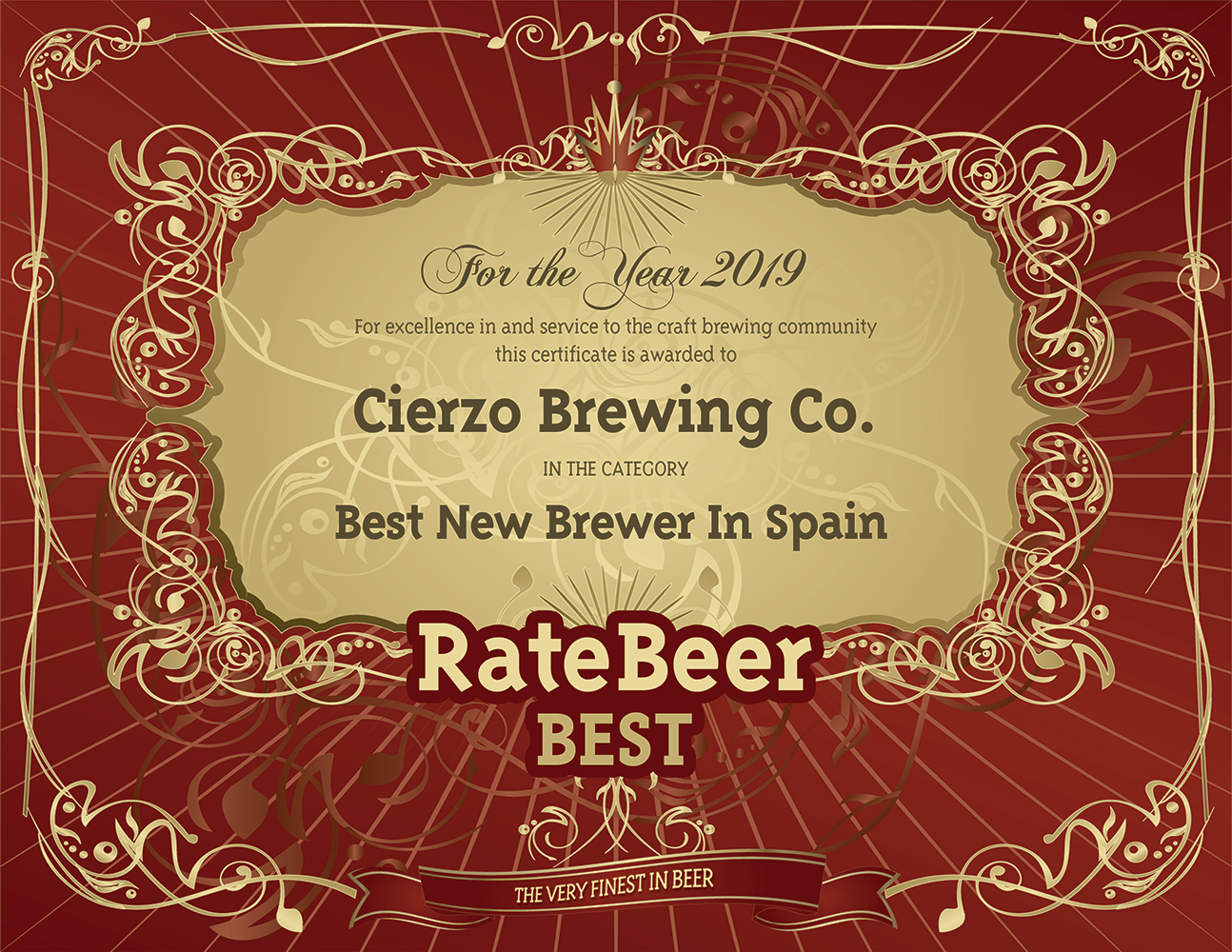 Link to the page where all the winners are shown in the RateBeer Best 2019: https://www.ratebeer.com/ratebeerbest/2019/best-by-country.